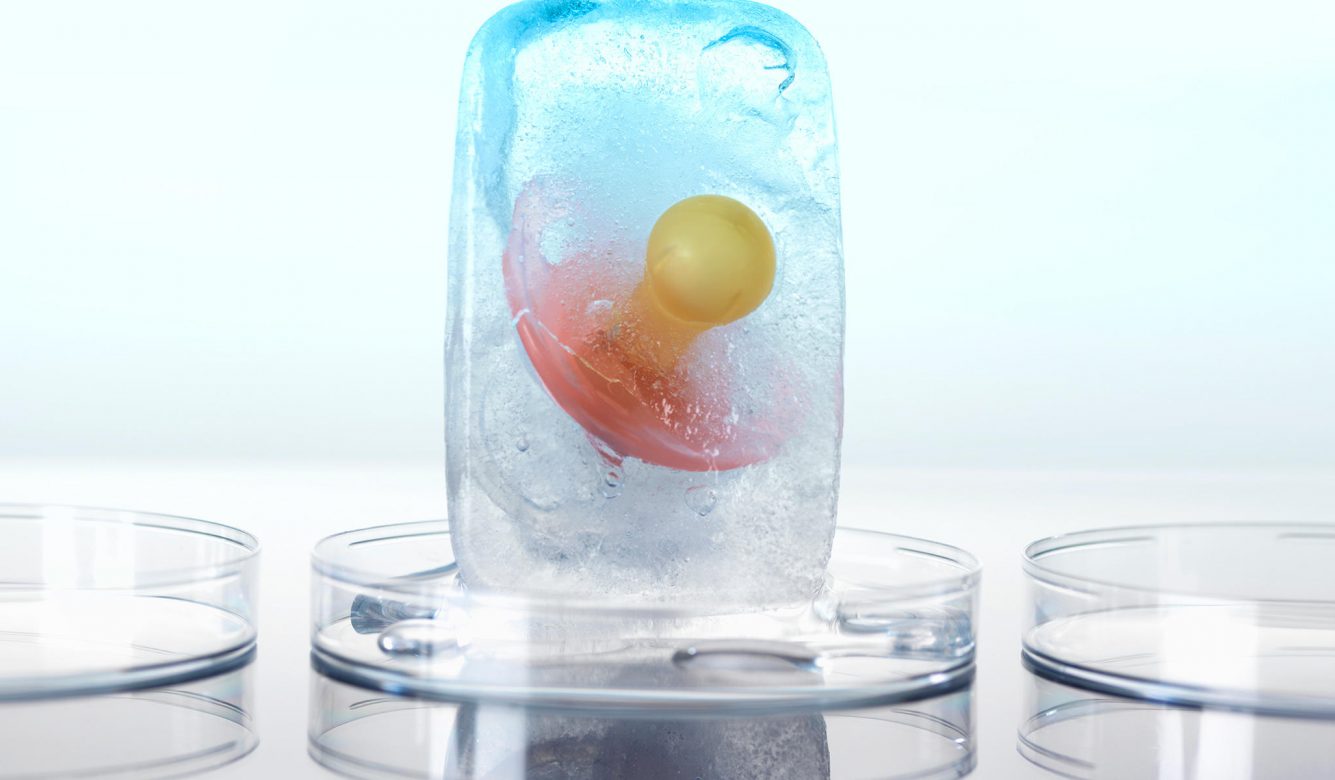 Today you can insure yourself against almost any unwanted situation, but is there an insurance policy that will lessen the risk of not becoming a parent?

This is exactly how a procedure of egg cell and embryo freezing, known as cryopreservation is regarded in the world – as an insurance policy.

What does it look like in practice, what can be attained by freezing egg cells and embryos, in what cases it is performed and what is the right time for a woman to freeze her egg cells? The most important questions about this procedure were answered by our doctor Zorica Crnogorac.

– Unlike a natural menstrual cycle in which only one egg cell matures, in case of freezing, a woman’s body is encouraged to produce a great number of egg cells in order to be able to select the best of them. Therefore, like during the assisted reproduction procedure, before the egg cells are to be taken, a woman undergoes a hormonal stimulation therapy which will entice ovaries to produce about fifteen or more egg cells.

Egg cells are then frozen at the temperature of minus 196 degrees of Celsius and stored in special containers with fluid nitrogen. This procedure is followed by acquiring a complete documentation for each patient, Dr Crnogorac points out.

According to her, the best time for a woman to have her egg cells frozen is between the age of 25 and 35, because they are of the best quality at that time. It has been proven that after the age of 35 women have over 50% of genetically bad embryos, and this percent only grows with aging.

In what cases is egg and embryo freezing most often conducted

Most often in cases when women find out that they have cancer and that it is necessary to undergo chemotherapy or radiation. It can also be done if a young woman learns that her reserve of egg cells is insufficient, if she does not have a partner or wants to get pregnant later for some other private reasons, thus saving her eggs for a future period of life.

There are many reasons for embryo freezing, too: after an embryotransfer in the abovementioned period, in case when after the stimulation there is a risk of hyperstimulation syndrome, in case of uterine polyps ocurring during the very procedure of in vitro fertilisation and in case of manifestation of some other acute conditions when pregnancy is not recommended at that time.

What is the genetic quality of frozen embryos

One of the common dilemmas about whether and how are frozen embryos different from those which are returned immediately after the fertilisation of egg cell, that is whether their genetic quality is preserved in spite of freezing procedure.

–By freezing man’s reproductive material there is no reduction of its quality after freezing and defreezing, which is not the case with women’s reproductive cells. The survival rate of gametes and embryos after defreezing is 75% for embryos, 80% for spermatozoa and about 50% for egg cells.

I would like to stress that all countries which have egg cell banks are rather based on the use of fresh egg cells, because a success rate of in vitro fertilisation is this way much higher.

Accordingly, I think that Serbia should also have its future bank of egg cells based on fresh cells. If that were the case, our country would be among the top world countries based on IVF success rate, Dr Crnogorac points out. 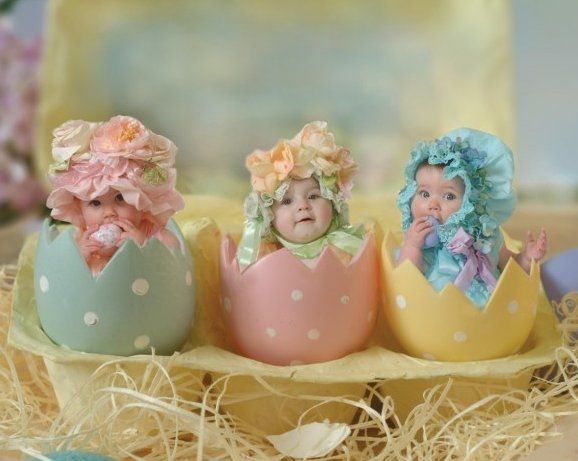 The time frame for freezing reproductive material is determined by legal regulations of each state and ethical principles. According to the new Law on Biomedical assisted fertilisation couples will have a possibility of freezing their embryos up to five years.

After embryo defreezing, those of the highest quality are used for the procedure of in vitro fertilisation and a child conceived in this way is in no way different from children conceived naturally or by implementation of fresh egg cells in IVF.

The success rate of achieved pregnancies by frozen embryos

Genetic tests that Genesis has exclusive rights for are fully deserving for a favourable outcome of in vitro fertilization in these situations, too.

– After embryo defreezing and an embryotransfer, success rate in Genesis has increased by 27% in the last three years, owing to the fact that we have been using ERA test. This test is extremely personalized, because it determines the exact time for every woman when uterine mucosa is genetically ready for embryo implantation and the beginning of pregnancy, escpecially in women who had unsuccessful in vitro fertilisation.

Donating a “surplus“ of frozen embryos

The new Law on Biomedical assissted fertilisation predicts the possibility that couples who have got a child thanks to IVF can donate their unused embryos to another couple.

–I think that at this moment our country is neither scientifically, nor technically ready for something like that. Countries that have embryo donation program offer a possibility of genetical testing to the couples where embryos are examined and evaluated before freezing and before placement into the other woman’s uterus. In Serbia there is no such a possibility for the time being.

I know how important embryo genetics is, especially in women older than 40. I have been advocating for two years that some of genetic tests that we implement in our hospital should be covered by regular health insurance. One of them is prenatal genetic embryo testing (PGS), and the other is abovementioned ERA testing. 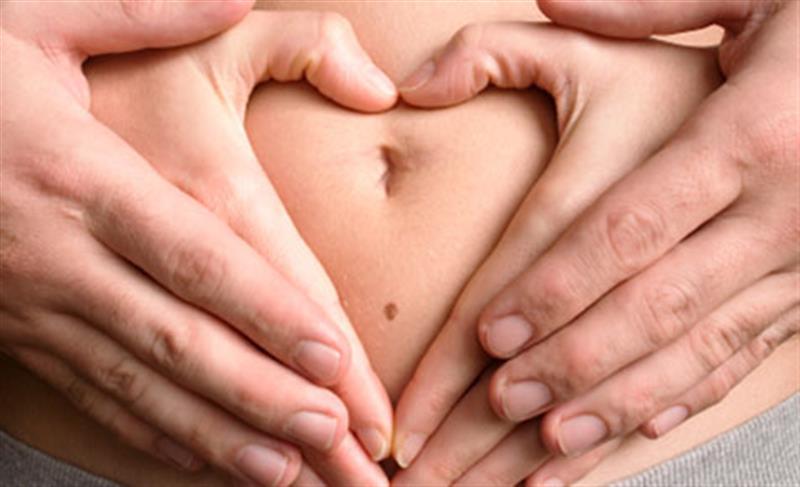 Women who suffer from ovary or uterus cancer, or some other disease, can save their fertility by egg cell freezing, because agressive oncological treatment methods can affect a reproductive function.

–Survival rate after the treatment of malignant diseases has been increased over the last few decades, but, as a consequence, fertility has been significantly impaired in patients treated for cancer.

Fertility in female population can be damaged by surgical removal of ovaries or uterus, and also by means of cytostatics and radiation therapy, because some healthy egg cells are damaged in the process. A possible solution to this problem is egg cell and embryo freezing before the beginning of radical therapies.

A good news is that health insurees in Serbia will be able in the future to save their embryos and egg cells by freezing methods covered by the fund. Besides spousal and extramarrital partners, new Law on biomedical assited fertilisation will also grant the right of freezing to single women, and men also, who have postponed the use of their reproductive cells due to the possibility of decrease or loss of the reproductive capacity, as well as to under-age persons.

For the time being, patients themselves bear the costs of embryo saving, although they underwent in vitro fertilisation that was covered by the fund.